How to Ask for a Raise

You are due for a raise. All you have to do is ask for it. In this post, I am going to tell you exactly how to get more money.

I was surprised to read a CareerBuilder survey that found 56% of people have never asked for a raise because they don’t know how and they’re too afraid to ask.

Fear no more. First, I teamed up with the negotiation expert Jim Hopkinson to explain the art and science of successfully asking for a raise. Check it out:

Timing might not be everything when asking for a raise but it certainly plays a huge role in your success.

According to the negotiation expert Ted Leonhardt, the best time to ask for a raise is when you’ve reached a milestone that gives you more leverage.

Great times to ask for a raise include:

You can ask for a raise any time but, keep in mind that it’s easier to do when you have a reason like the ones listed above to start the discussion.

A group of University of British Columbia researchers studied blind athletes in the Special Olympics. Their findings were astonishing.

In the study, they observed how blind athletes responded to either winning or losing a race or event.

They found that winning athletes used broad and expansive postures and gestures like this: 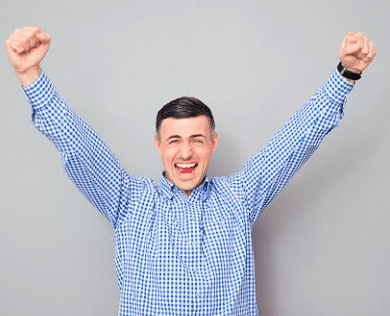 Meanwhile, the losing athletes used small and defeated postures and gestures. They crossed their arms, hunched their shoulders, and held themselves:

Action step: Stand like a winner before your meeting. If you don’t want to look awkward outside of your boss’s office, do it in the bathroom a few minutes before you go into your meeting.

Asking for a raise is just like negotiating a business deal except you’re the commodity and your salary is the price. Your goal is to prove that you’re worth more money.

Like with any negotiation, you need to go into your meeting prepared to explain your value proposition. The best way to do this is to create a list of the amazing contributions you’ve made, focusing on the ideas/projects that generated revenue or cut costs.

If your position doesn’t directly involve revenue streams, compare your current salary to what people with similar skills and responsibilities earn. For example, if the average person in your job with the same level of education as you earns $61,000 per year but you’re only making $54,000, you can use that statistic as evidence that you deserve a raise.

The key is that instead of asking for a raise, you’re proving that you deserve one.

How you’re perceived when you ask for a raise is just important as your reasons for asking. Keep these tips in mind to make a positive impression during your meeting.

#5 Respond to Their Body Language

Now that you know how to use your body language to send positive vibes, it’s time to learn how read your boss’s nonverbal messages.

Knowing whether or not your boss agrees with your request before they give their final answer is a great way for you to tell if you need to try a different approach to explain why you deserve a raise or if what you’re saying is working well.

Check out my video to see how skilled you are at reading body language:

We hope these tips give you the skills and confidence to ask for your well-deserved raise.