Perceptions surrounding beauty and body types not only vary by culture, but have evolved significantly throughout history.

In a visually dynamic attempt to recreate this evolution, BuzzFeed Video showcased a diverse cast of models to depict more than 3,000 years of women’s ideal body types by each society’s standard of beauty.

Here are the ideal types broken down by place in time: 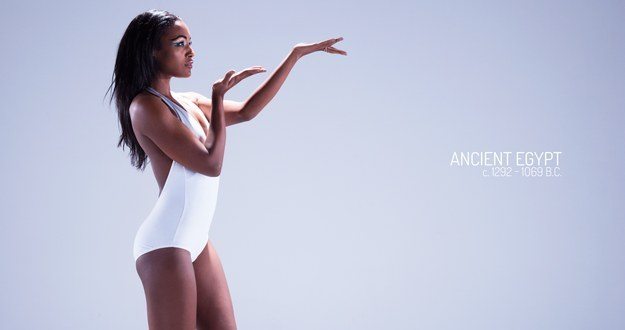 In this era, the ideal woman is described as:

In Ancient Egypt, women were encouraged in their independence and beauty. Ancient Egyptian society promoted a sex-positive environment where premarital sex was entirely acceptable and women could divorce their husbands without shame. 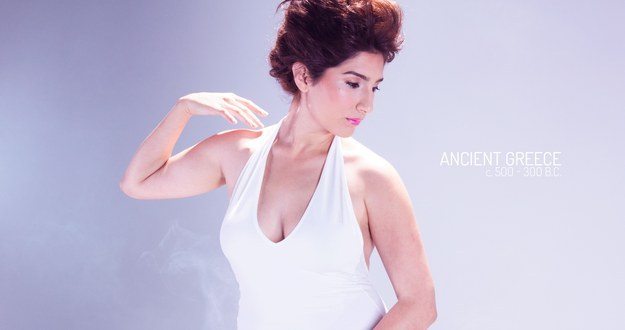 During this time period, the ideal woman was:

Ancient Greece worshiped the male form, going so far as to proclaim that women’s bodies were ‘disfigured’ versions of men’s. In this time period, men faced a much higher standard of beauty and perfection than women. 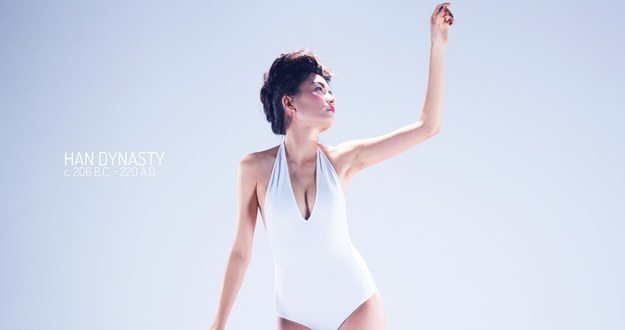 In this time period, the ideal woman had:

Small feet is one aspect of Chinese beauty that has continued for hundreds of years. During the Han Dynasty, Chinese culture favored slim women with long black hair, white teeth and red lips. Historically, the Chinese people have favored women with ultra-femininity. 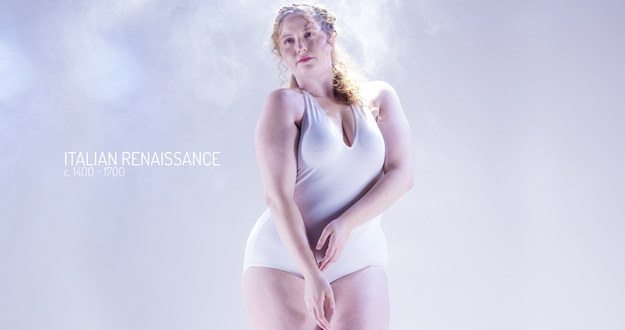 In this era, the ideal woman is described as having:

During the Italian Renaissance, it was the wife’s duty to reflect her husband’s status, both in behavior and outward appearance. A full body, light hair and light skin all were thought of as the superior indications of beauty. 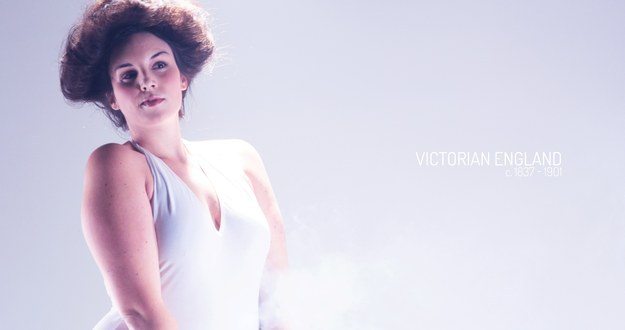 Ahh, the era of the corset. In this time period, women cinched their waists with tight-fitting undergarments to give the perception of the desirable hourglass figure. This time period lasted through the reign of Queen Victoria, considered by many as one of the most influential figures of the time. 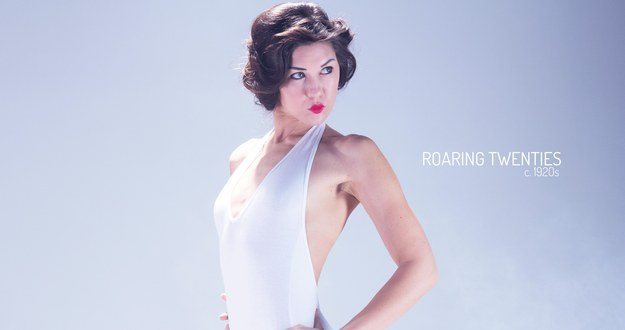 In this time period, the ideal woman had:

Beauty in the 1920s featured an androgynous look for women. They wore bras that flattened their chest and wore clothing that gave them a curve-less look. Women even shortened their hair, leaving behind the long-held belief that long hair signified beauty and desirability. 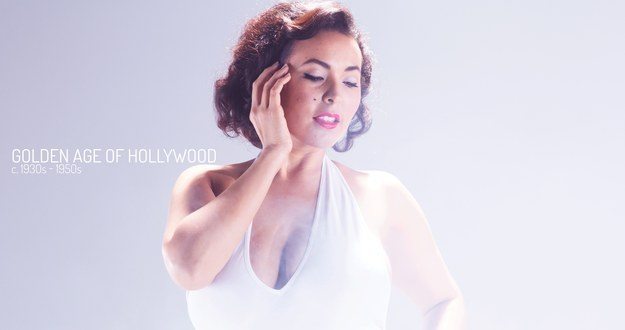 In this era, the ideal woman is described as having:

The boyish figure trend didn’t last for long. Fast-forward a decade and the hourglass figure is back. The classic example of this ideal woman’s body is Marilyn Monroe, the Golden Girl of Hollywood. 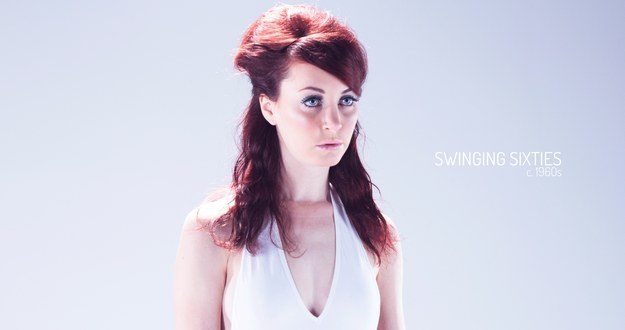 Peace, love and thin seemed to be the motto of ideal beauty for women in the 1960s. “Swinging London,” a term used to describe the flourishing fashion and cultural scene of London in the 1960s, influenced women’s dress and style in America during the same period. 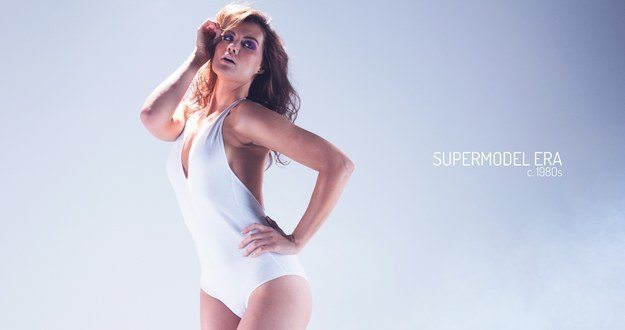 This era celebrated this body type:

This time period brought about an exercise-crazed phenomenon. Workout videos were all the rage, encouraging women to be thin, but also fit. This era also saw an upswing in anorexia, thought by some experts to be caused by an widespread obsession with exercise. 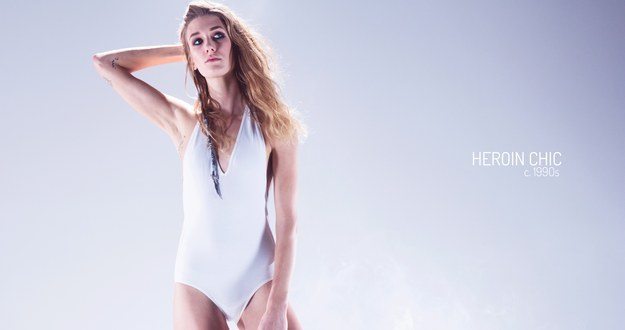 The ideal body type of this time period featured:

Homeless chic, anyone? The celebrated body of this time period was a woman who looked thin, frail and neglected. Model Kate Moss was the heroine of this heroin decade–pale, withdrawn and thin. 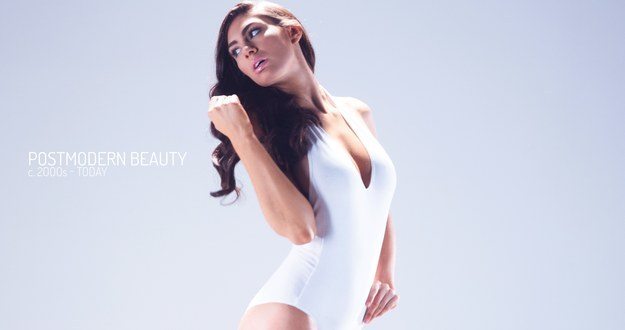 Our current beauty standards for women include:

Kim Kardashian, as unfortunate as it may be, is the poster woman of ideal beauty standards for the modern woman. Women are expected to be skinny, but not too skinny, with large breasts and a big butt, all while maintaining a flat stomach. Women increasingly are seeking plastic surgery ‘fixes’ to achieve this look.

*original post and all photos can be found here

So, what do you think? What causes these dramatic shifts in beauty standards? A leading female historical figure or a famous model? The fashion industry or Hollywood?

Vanessa Van Edwards is a national best selling author & founder at Science of People. Her groundbreaking book, Captivate: The Science of Succeeding with People has been translated into more than 16 languages. As a recovering awkward person, Vanessa helps millions find their inner charisma. She regularly leads innovative corporate workshops and helps thousands of individual professionals in her online program People School. Vanessa works with entrepreneurs, growing businesses, and trillion dollar companies; and has been featured on CNN, BBC, CBS, Fast Company, Inc., Entrepreneur Magazine, USA Today, the Today Show and many more.

What It Is & How To Read It

What Are They & How To Improve Yours

16 Science-Backed Skills to Use Today

What Is It & How You Can Develop Yours

How to Become Successful

20 Hand Gestures You Should Be Using

Get my free audio training and learn the people skills I’ve taught 500,000+ people to increase charisma and success