How to Be a Good Leader

We all have great ideas and the ability to improve the world around us. But sometimes stepping up to be a good leader can be intimidating, or down right scary.

Traditional advice says you need a title to have significant influence. However, not everyone wants to take on leadership roles like being a manager, coordinator, team leader, etc.

Here at Science of People, we believe that people have the power to inspire change by becoming leaders in their everyday lives.

Here’s how to be a good leader based on the work of John C Maxwell:

Ever wonder why some leaders are so much more successful at driving results than others? That’s because a leader’s influence is limited by their skills. The stronger their leadership skills, the greater their ability to help their teams accomplish goals.

Makes sense right? But, what if you don’t have strong leadership abilities? A lot of people think that you have to be born a leader but luckily science shows that’s not true. According to the University of Illinois, leadership is based 30% on genetics and 70% on acquired skills and experiences. This proves that the Law of the Lid is not fixed–your limits raise along with your personal development.

Action Step: Invest more time in developing your leadership skills so you can increase your influence.

If I asked you to define a leader, what would you say? If you’re like most people, you’d probably mention people like managers, politicians or maybe even trendsetters. Maxwell argues that all of the labels to determine who’s a leader and who’s not are wrong. He believes that a leader is someone who influences others. It’s that simple.

I love his definition because of all of the possibility it holds. You don’t have to rise to the top of a company, have a huge following on social media or lead a movement to be a leader. Everyone has the potential to lead because all you have to do is influence people about the things you’re passionate about.

For example, you can teach your friends how to be healthier or use your professional skills to improve programs in your community. Your opportunities to lead are endless.

Action Step: Look for small areas in your life where you can become a leader by influencing others.

Just like how the University of Illinois reported that 70% of leadership skills are acquired, Maxwell believes that leaders must be constantly engaged in a learning process in order to remain relevant and effective. 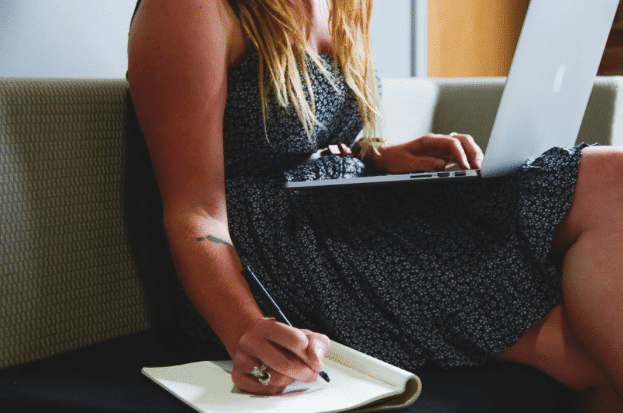 The key is to always have an area of improvement that you’re working on, whether it’s boosting your team’s morale or making yourself a better communicator. This shows people that, just as you demand growth and results from them, you demand the same from yourself.

Action Step: Identify areas of growth for yourself and begin the process of learning how to improve.

When Gallup asked over 10,000 adults to describe the leader who had the most positive impact on their lives, trust emerged as one of the top four responses. We know what it means to trust someone, but what separates trustworthy leaders from untrustworthy ones?

According to Maxwell, trust comes down to one simple trait: consistency of character. The most trustworthy leaders are the ones who never waver from their values and who people can depend on to act in the team’s best interest.

Action Step: Start earning your people’s trust by being more consistent and acting according to your team’s values instead of your own agenda.

If you were to rate yourself on a scale of 1-10, 1 being weakest and 10 being strongest, how strong of a leader would you rate yourself? How would others rate you?

The Law of Respect states that people naturally respect and follow leaders who rank higher than them on the leadership scale. So, if you’re a 7, you’ll be the leader in a room of 6s and below but as soon as an 8 walks in, you’ll look to them.

Of course, we don’t all walk around with our rankings on our head. The numbers are just an easy way to show that we follow people who have earned the most respect.

If few people look to you as a leader, that means that you’re not demonstrating strong enough leadership abilities. Here are a few ways to earn more respect:

This is one of my favorite quotes in the book because it shows how important it is to actively value your followers.

The reason that a lot of brilliant individuals fail to become leaders is because they expect people to follow them because of their intelligence. As Maxwell revealed,

People don’t care what you have to say, they care how you make them feel.

If you don’t already, start treating people you want work with like friends instead of trying to impress them.

Action Step: Show your people that you care by offering to help them, being genuinely interested in them as people and listening to their feelings and ideas.

#7 Law of the Inner Circle

We’ve all heard the cliche “No one succeeds alone.” Leaders not only know this but they also act on it by building an inner circle of friends and colleagues who support them on their path to success. 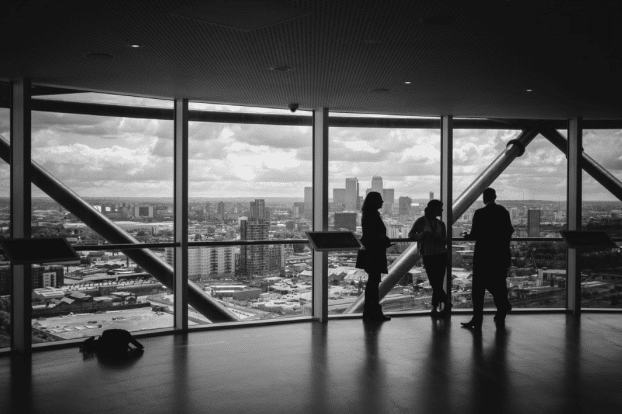 A lot of people don’t realize how important inner circles are because all we see are individual leaders. When you look at CEOs, best selling authors, world-renowned speakers, etc. you rarely hear about the mentors and colleagues who make their success possible.

Action Step: As you pursue your leadership goals, look for people whose personalities and strengths complement yours and make them a part of your inner circle.

The key to building a strong inner circle is to become the type of person you want to build relationships with.

According to Maxwell’s Law of Magnetism, we attract people who are similar to us. So, if you’re an insecure, lazy person (which I’m sure none of you are), you’re going to struggle to build a strong inner circle because you attract people with the same bad habits that you have.

On the other hand, if you’re a hard working, driven person who is willing to take risks to achieve your goals, people who are also like that will see you as a kindred spirit. The key is to not be afraid to approach people and make friends.

Action Step: Start becoming the type of person you want to make connections with.

Have you ever had a micro-managing boss? One of those managers who requires that everything in done is a strict, step-by-step process and constantly looks over your shoulder? Super annoying, right? According to Maxwell, managers like this may have the title but they aren’t leaders.

True leaders have the confidence to empower, rather than dominate people. They know that if they have the right team, better results are produced when they step back and let others do their thing.

In the words of author Hans Finzel, “Leaders are paid to be dreamers.” Whether you’re leading a small community group or a large corporation, you have to know your team/organization’s goals better than anyone else.

Not only do leaders have a clear vision, they also communicate it so their followers understand the big picture. It can be as simple as giving progress updates and reminders about the importance of your goals or as elaborate as team workshops to immerse everyone in your mission. As a leader it is your responsibility to decide what method of communication works best and implement it.